The variety of wines around the world is nearly endless. Still, some wines are decidedly more popular and available than others. These are the ones you can find almost anywhere.

Cabernet sauvignon is from the Bordeaux region of France. It was first made by mistake when two wine grapes were accidentally bred together: cabernet franc and sauvignon blanc. The dark color of cabernet franc grapes won out over the others’ pale green.

This variety of wine was popularized because of the hardiness of its grapes. They have thick skins and are reasonably easy to grow.

However, the flavor is why people have appreciated this wine for centuries. Cabernet sauvignon has significant tannins and ages well in oak barrels. Though tannins can make young wine bitter, they improve wine’s aging process. New cabernet sauvignon is generally unimpressive, but the flavor turns near-magical as it ages.

People love syrah for its full-on fruity, peppery taste. Sometimes, winemakers blend it with other wines, like cabernet sauvignon, to add complexity to its flavor profile.

Unlike some wines, syrah is grown all over the world. Though it was originally from Italy, you can also find homegrown syrah in Australia, the United States, and elsewhere. Surprisingly, syrah comes from two rarely used breeds of grape. Combining them created one of the most famous wines in existence.

For many years, experts thought zinfandel grapes were native to North America. They assumed this because California is the only current source of authentic zinfandel. This wine is typically aged in oak and has a variety of bright, fruity flavors.

Genetic tests eventually showed that zinfandel grapes originated in Croatia. When zinfandel is made in warm climates, it tends to have bright berry flavors reminiscent of raspberries. If the grapes are grown in areas with cooler weather, the berry taste tends to deepen into a blackberry flavor with peppery notes.

Enjoy it with pasta, pizza, and other bold-tasting meals.

Pinot noir has existed for well over a millennium. If you take a sip of this wine, you’re tasting a beverage that delighted citizens of the ancient Roman empire.

It goes well with pasta, fatty proteins such as salmon or duck, and flavorful soups. It’s even a tasty ingredient in homemade beef stew.

Unlike some oak-aged wines, which taste ideal after years of aging, malbec tastes best after only six to nine months. If it’s aged any longer, an oak aftertaste becomes unpleasant.

Its deep flavors can easily overwhelm delicate foods. Malbec pairs well with meals that hold their own, like steak, swordfish, or curries.

Merlot is commonly grown both in the Bordeaux region of France and North America. It’s the most popular varietal in France. Some people even say it’s been overplanted, which means you should be picky when choosing a merlot. Not everyone who makes it can make it well.

The ideal merlot has smooth tannins and deep fruit flavors. When it’s aged in oak, it often has undertones of cocoa, vanilla, and herbs.

Riesling is Germany’s claim to fame in the world of wine. Many people are surprised by riesling’s sweetness the first time they try it. Though not all riesling is sweet, that is one of its more famous attributes.

Why? Riesling grapes do best when grown in cool climates, and they’re often harvested late in the season. When the grapes are exposed to especially cool weather, they can create a riesling that falls into the dessert wine category.

Its flavor is sometimes reminiscent of honey, which makes it wonderful with spicy foods.

We already discussed pinot noir above, but now it comes up again: Pinot noir grapes and pinot grigio grapes are genetically identical aside from a mutation that determines their color.

However, winemakers take different steps to make pinot grigio versus pinot noir. The terroir—climate and terrain—of each are distinct. While a pinot grigio might have a light and refreshing flavor, you won’t find the same in pinot noir. Sauvignon blanc is a dry wine known for its citrusy flavor profile. It originated in France’s Loire Valley, where a variety of geographic features and microclimates allow for great creativity among winemakers.

The name “sauvignon” comes from the French word for “wild.” Sauvignon grapevines grow rapidly. Keeping them in check is labor-intensive.

Good pairings are white meats, goat cheese, and green herbs such as mint or thyme.

This wine originated in the Burgundy region of France and is now grown all over the world. As the most-purchased wine in the United States, it’s especially famous in North America.

Sip it along with meals that include subtle seasoning, toasty flavors, or shellfish.

Now that you’re familiar with all the wines listed above, you’ll have a good idea of almost anything on a typical restaurant’s wine menu. Enjoy! 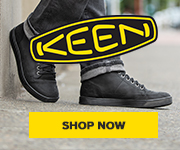